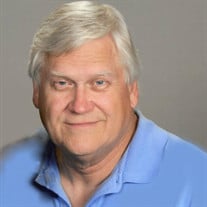 Frankfort – Barry Raymond “Pop” Lynch, age 69, passed away peacefully at his residence in Frankfort early Saturday morning. Barry was born October 11, 1949, to the late Raymond Franklin Lynch and Eva Clyde Wilson Toll. He is survived by his beloved wife of 47 years, Glenda Faye Gilbert Lynch and his loving son, Christopher Raymond Lynch (Sally Hall). Barry loved being “Pop” to his four grandchildren, Madison Griffith (John), Ethan Andrew, Maxwell Christopher and Eileena Marie, as well as his great-granddaughter, Winter Rose Griffith. Barry is also survived by his three cherished siblings, Debra Anne Lynch, Mary Lee New, and Jack Toll; along with his brothers and sisters-in-law, Floyd Guy Gilbert, Jr., (Elsie) and Deborah Susan Yost (John); his last surviving aunt, Peggy Ray (Wilson), and a host of loving cousins, nieces, and nephews. Barry was also a faithful son-in-law to his wife’s parents, the late Floyd Guy Gilbert, Sr., and Marjorie Sheets- whom he helped care for in their Golden Years. With Floyd serving as a surrogate father and Christian male role model to him, Barry became the Christ – follower and loving husband, father and friend that those who met him knew Barry to be. A long time member, Deacon and faithful supporter of Memorial Baptist Church, Barry was commonly known by church members as “The Candy Man” – offering sweets and treats to members and visitors every Sunday. Knowing that God calls us all to be the “hands and feet of the Church” Barry could also often be seen performing acts of service for church and family members alike – whether it be by providing transportation to medical appointments, providing single mothers and families with household goods or ministering to the needs of the people who live in the impoverished community of Lynch, Kentucky. Visiting the community yearly as a part of his church’s mission trip, Barry could be seen helping to distribute shoes and clothing – and of course – providing sweets and treats – usually bringing along his snow-cone machine and popcorn maker. Before retiring in 2008, Barry was a dedicated employee of Kuhlman Electric in Versailles, Kentucky for over 30 years. He was a actively involved union member and was known by many of his co-workers and friends as a “sweet man” who “never met a stranger.” His father having served in the Army during WWII, Barry was a member of the Sons of the American Legion for over a decade. Barry also served with the Boy Scouts of America as a leader and member of Troops #31 and #269. He began his involvement with the organization in 1994 as his son was completing his endeavors with the Scouts – having achieved the rank of Eagle Scout. Continuing to serve for over two decades, Barry eventually became a Boy Scout Commissioner in the Bluegrass District and was awarded the prestigious rank of Vigil Honor within the Order of the Arrow/Kawida Lodge #480. Barry was a co-founder of the Central Kentucky Motorcycle Club with his best friend, Mike Cartwright. The two men also created the Annual Poker Run to raise money for Christmas gifts for underprivileged children. Barry was always ready to lend advice, guidance and instruction to anyone who asked and would literally give you the shirt off his own back. He loved the Lord and his brothers and sisters in Christ. His immense generosity, kind acts of service and his big heart served as a frequent reminder of the beauty of the following Christ’s example of how to love others. Big and Bold – that is how Barry Lynch lived and loved and that is how he will be remembered and missed – until we meet again. Following Barry’s wishes, arrangements are under the direction of Harrod Brothers Funeral Home. Services will be held at Memorial Baptist Church, Thursday, November 15, 2018, at 11:00 a.m. with Pastor Mike Colston officiating. Burial will follow at Sunset Memorial Gardens. The family will receive friends at Memorial Baptist Church from 5:00 p.m. until 8:00 p.m. on Wednesday, November 14, 2018. Serving as pallbearers will be Chris Lynch, Ethan Lynch, Kevin Gilbert, Guy Gilbert, Eric Yost, Hunter Warner, Todd McDaniel, Paul Looney, and Jarrod New. Honorary pallbearers will be Mike Cartwright, John Yost, Floyd’s Boy’s Sunday School Class and the Deacons of Memorial Baptist Church. In lieu of flowers, expressions of sympathy may be made to Memorial Baptist Church Building Fund.

The family of Barry R. Lynch created this Life Tributes page to make it easy to share your memories.