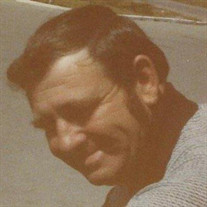 Donald Gene "Donnie" Redmon, age 85, passed away at Heritage Hall, Lawrenceburg, on Thursday, December 31, 2020. Donnie was born in Jefferson County, on April 17, 1935, to the late Charles Lee, Sr., and Sylvia Elizabeth Bryant Redman. Over the years, Donnie worked for the Kentucky State Government, the Dept. of Fish and Wildlife, was the owner/operator of both an excavating company and a transportation service. His most loved job was when worked as a young boy and young man for Billy Hieatt, who he always said was like a father to him. Donnie loved growing a vegetable garden, tinkering with heavy equipment, NASCAR, and the University of Kentucky Wildcats basketball. He is survived by his wife of 55 years, Carolyn Louise Taylor Redmon; children, Donald "Woody" (Patty), Michael (James), Ed (Linda) Deborah and Donald "Donnie" (Kim) Redmon, and Paula Redmon Conway. He is also survived by three step-children, Ann Sanders, Betsy Blair, and Jeff Riddle; his grandchildren, Joshua (Ellen), Jamie and Sydney Redmon, and Travis D'Hondt; step-grandchildren Tammy Miley, whom he affectionately called "Granddaddy's girl", Kristie Wilhoite, and Brandon Blair. He is survived by four great-grandchildren, Liam and Lillian "Lily" Hacker, Lucille "Lucy" Redmon, and Charlie Jane Conway; and, step-great-grandchildren, Skylier Hockensmith, Matthew Miley, and Michael and Lexi Dempsey. Additionally, he is survived by his sisters-in-law, Alice Redmon, Jean Redmon, and Mary Broughton. In addition to his parents, he was preceded in death by his son, Gregory Scott Redmon, an infant sister, Ruby Lee Redman, and brothers, Kenneth, Charles and Phillip Redmon, son-in-law, Charles William Conway, and granddaughters, Elizabeth "Liz" and Jessica Conway. Services will be held at Harrod Brothers Funeral Home on Monday, January 11, 2021, at 1:00 p.m. with Brother Vernon Huber officiating. Burial will follow at Sunset Memorial Gardens. The family will receive friends at Harrod Brothers Funeral Home from 11:00 a.m. until 1:00 p.m. on Monday. Serving as pallbearers will be Charles and Mark McKeehan, Joshua Redmon, Brandon Blair, Michael Dempsey, and Travis D'Hondt. Honorary pallbearers will be Mike, Chuck, Ed and Lambert Moore. The family would like to extend their sincere gratitude to his nurses at Heritage Hall and to Cheri, his Hospice nurse for their compassion and care. In lieu of flowers, expressions of sympathy may be made to Bluegrass Care Navigators. Arrangements are under the direction of Harrod Brothers Funeral Home & Crematory.

The family of Donald Gene Redmon created this Life Tributes page to make it easy to share your memories.