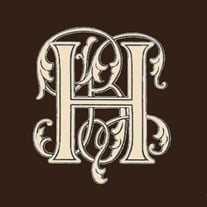 Frankfort – Henry Wiley, age 83, passed away on Monday, September 13, 2021. Private services will be held. Mr. Wiley was born in Frankfort on March 30, 1938, to the late Alvin “Sam” Wiley and Irene Henry Wiley. He was a member of Providence Baptist Church. After serving many years as a bus driver, he retired from Franklin County School Systems. Mr. Wiley mostly loved time spent on the farm. As a retired farmer, he enjoyed gardening and sharing his harvest with family and friends. He will be remembered as a hardworking and devoted father, grandfather, and brother. He is survived by his children, Jeffrey Scott Wiley (Shara) and Audrea Renee Wiley Collins; sisters, Judy Wiley Ellis (Dudley), Louise Wiley Roy, and Linda Wiley Johnson; and granddaughter, Jessica Morgan Wiley DeKay (Jon). He was also blessed with many nieces and nephews. In addition to his parents, he was preceded in death by his wife, Bonnie Ann Logan Wiley and siblings, Alvin Gene Wiley and Betty Lou Wiley. Serving as pallbearers will be Wayne Logan, Doug Logan, Gary Logan, Jeff Blair, Steve Southworth, and Jon DeKay. In lieu of flowers, expressions of sympathy may be made to Providence Baptist Church. Arrangements are under the direction of Harrod Brothers Funeral Home & Crematory.

The family of Henry Wiley created this Life Tributes page to make it easy to share your memories.