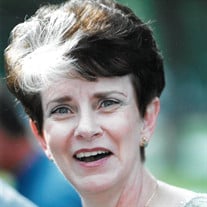 Frankfort – Jo Ann Tate Payton, age 73, passed away Saturday, January 19, 2019 surrounded by her family. Services will be held at Harrod Brothers Funeral Home on Thursday, January 24, 2019, at 10:00 a.m. with Rev. Todd Lester officiating. Burial will follow at New Castle Cemetery. The family will receive friends from 5:00 p.m. until 8:00 p.m. on Wednesday, January 23, 2019. Mrs. Payton was born in Frankfort on December 23, 1945, to the late Raymond and Icy Mae Woolums Tate. She worked for the federal government for 42 years and retired from the Social Security Administration. Mrs. Payton was a faithful member of the Calvary Baptist Church and for many years enjoyed singing in the choir. In her spare time, she was an avid shopper and an excellent cook and baker. She was often called upon for her delicious cheesecakes and other baked goods for family gatherings. And while she was a great wife, an exemplary employee, a wonderful cook, and an absolutely priceless friend, perhaps her greatest role was that of Mother and Gran. Though she was a small lady, she was a giant rock of strength for those around her. She was a wealth of support and guidance for those in need, she loved unconditionally, and she was wise beyond belief. She is survived by her husband, Hubert Alton Payton; children, Alton Wesley Payton (Rebecca) and Brandy Payton Cantor (Matt); and grandchildren, Madison Payton, Jackson Cantor, and Dylan Cantor. In addition, she was also blessed with many nieces and nephews who she also cherished. In addition to her parents, she was also preceded in death by her eleven siblings. Serving as pallbearers will be Wyatt Gregory, Bryan Payton, Manny Payton, Jackson Cantor, Matt Mattingly, and Robert Green, Jr. Honorary pallbearers will be Todd Gregory, Chad Payton, Craig Payton, David Tate, William Tate, Maurice Payton, Glenn Payton, David Payton, Jim Milam, Royce Payton, Donna Payton, and Doris Gregory. In lieu of flowers, expressions of sympathy may be made to Bluegrass Hospice Care, 663 Teton Trail, Frankfort, Kentucky 40601. Arrangements are under the direction of Harrod Brothers Funeral Home.

The family of Jo Ann Payton created this Life Tributes page to make it easy to share your memories.