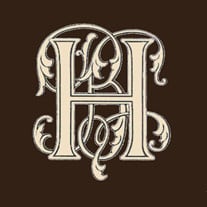 Frankfort - John Franklin Schilt, born in Quantico, Virginia, died at the age of 83, in Lawrenceburg, Kentucky, on November 3, 2020. He was the son of Marine Corps General Christian F. Schilt and Elizabeth Weber Schilt. Born intellectually challenged, John was a good natured, loving son and brother who made the most of his abilities. He attended the Joseph P. Kennedy School in Palos Park, IL, and later became a resident of the Stewart Home & School in Frankfort, Kentucky. During the 25 years he called Norfolk his home, John attended Blessed Sacrament Church and worked at the Eggleston Center. He was also a dependable helper with a paper route, being “handed down” from paperboy to paperboy. He was so proud of his route. Though John could neither read nor write, he could identify every car on the road before they became so diverse. And could he ever wack of golf ball with his #7 iron! The sight of John on his bicycle accompanied by his beloved dog, Bebe, was once a familiar one in Larchmont. Preceding him in death were his sisters, Martha S. Stewart and Eleanor S. Hill; his brothers-in-law, Henry “Buddy” Magee, J. Clark Hill, and Judge Lawrence C. Lawless. Surviving are sisters, Alice S. Magee and Susan S. lawless; brother, Christian F. Schilt, Jr.; and brother-in-law, Judge Robert W. Stewart. He also leaves many caring nieces, nephews and cousins. John will be buried in Arlington National Cemetery next to his parents and near his brother-in-law, Lt. “JG” Gregory Dean Black. Arrangements are under the direction of Harrod Brothers Funeral Home & Crematory.

The family of John Franklin Schilt created this Life Tributes page to make it easy to share your memories.