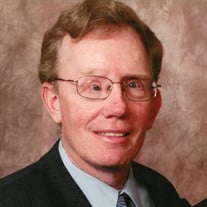 Joseph “Joe” Jay Koontz, 57, of Louisville passed away on December 28, 2018. He was the husband of Barbara McKeehan Koontz. Services for Joe will be held at Harrod Brothers Funeral Home on Thursday, January 3, 2019, at 10:00 a.m. Burial will follow in Sunset Memorial Gardens. The family will receive friends at Harrod Brothers Funeral Home on Wednesday, January 2, 2019, from 4:00 p.m. until 8:00 p.m. Joe was born to Joseph and Martha Hoover Koontz on February 18, 1961, in Peru, Indiana. He was employed by Wal-Mart. He was a former correctional officer at Luther Luckett Correctional Complex in LaGrange, Kentucky. In addition to his parents and his beloved wife of 22 years, Barbara; he is survived by five sisters, Terri (Mark) Kistler of Logansport, IN, Fran (Randy) Hileman of Denver, IN, Liz (Don) Ousley of Peru, IN, Jenny (Mark) Cardwell of Peru, IN and Lori (Greg) Hartleroad of Peru, IN. Joe is also survived by numerous nieces, nephews and great nieces and nephews. Pallbearers will be John Shuttleworth, Sr., John Shuttleworth, Jr., Bob Demaree, Paul Hughes, Mike Vealie and James Goodrich. Honorary bearers will be Doug Wilson and Joe Roe. Flowers are welcome. However, donations may be made in lieu of flowers to the Neurofibromatosis Network at www.nfnetwork.org Arrangements are under the direction of Harrod Brothers Funeral Home.

The family of Joseph "Joe" Jay Koontz created this Life Tributes page to make it easy to share your memories.

Joseph “Joe” Jay Koontz, 57, of Louisville passed away on December...