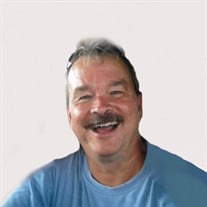 Louisville – Kenneth Ray Kring, age 63, passed away at home on Saturday, August 15, 2020. The family will receive friends at Ratterman’s Funeral Home - East, on Thursday, August 20, 2020, from 6:00 p.m. until 8:00 p.m. and at Harrod Brothers Funeral Home on Friday, August 21, 2020, from 6:00 p.m. until 8:00 p.m. A visitation will be held prior to the service from 10:00 a.m. until 11:00 a.m. on Saturday. Services will be held at Harrod Brothers Funeral Home on Saturday, August 22, 2020, at 11:00 a.m. with Rev. Charles Young officiating. Burial will follow at Sunset Memorial Gardens. Kenneth was born in Frankfort on April 21, 1957, to the late Clyde Lawson Kring and Nora A. McDonald Kring. He was a graduate of Franklin County High School and Eastern Kentucky University. Kenneth was a Certified Public Accountant and the owner and operator of Liberty Tax. He worked at the Kentucky State Government, the Family Health Center, University of Louisville, Jefferson County Health Department and the Federal Census Bureau. He is survived by his daughter, Kayla Kring; sister, Betty Acker (Eric); and his significant other, Judy Howard. He was also blessed with several nieces and nephews. In addition to his parents, he was preceded in death by his brother, Scotty Kring and sister-in-law, Mary Kring. Serving as pallbearers will be family and friends. Arrangements are under the direction of Harrod Brothers Funeral Home & Crematory.

The family of Kenneth Ray Kring created this Life Tributes page to make it easy to share your memories.

Louisville – Kenneth Ray Kring, age 63, passed away at home on...