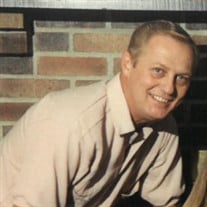 Frankfort – Louis Webber, Jr. passed away on Thursday, March 17, 2022. Services will be held at Harrod Brothers Funeral Home on Wednesday, March 23, 2022, at 7:00 p.m. with Bro. James Bondurant officiating. The family will receive friends from 5:00 p.m. until 7:00 p.m. service time on Wednesday at Harrod Brothers Funeral Home. Louis “Louie” Webber, Jr., was born May 18, 1945, to Louis Estill and Edith Katherine (Smith) Webber from Frankfort. Louie was a native of Franklin County and raised in Peaks Mill, Kentucky. Louie was a veteran and served his country from September 1965 to September 1971. He worked for Square D for 22 years then later gained employment, locally, and was affiliated with various factories, including Buffalo Trace, and was always known and considered one of the hardest and most dependable employees within any workforce. Louie loved his family and was a wonderful provider, always making sure they had what they wanted or needed. He was not one to go out and purchase whatever his family desired. If he could build it or make it from scratch, that was his first preference because it presented him the opportunity to pour all of his love into whatever his family wanted, generously surrendering his time, hard work and effort to meet their needs. In short, he loved to stay busy and was not one to sit around and relax. However, when his hectic work schedule eased, you could find him working on vehicles around the house. One of his greatest loves was classic cars and hot rods. It was a routine tradition to attend the Hot Rod National’s, held in Louisville, KY, at the fairgrounds, annually, every August, with his son. One of his life-long dreams was to build a classic hot rod with his son and display it at the National’s for the world to see. That dream became a reality and it is was one of his most prideful moments. You could oftentimes see them, together, driving their 1950, 5-window Chevy, around the backroads of Franklin County so they could evaluate what was needed to fine-tune its performance or appearance. Louie was preceded in death by his mother and father, brother, by heart, Bill Smith, and Grandson Louis Perry (L.P.) Webber. He is survived by his wife, Carole Webber, his son, Macy (Cecilia) Webber, and his daughter, Angie Rhodes (Wesley Peyton). He is also survived by his sister, JoAnn Webber, brother-in-law, Eddie (Nancy) Parker, his grandchildren, Aldon Webber, McKenzie Rhodes (Jordan Tucker), Morgan Rhodes, great-grandchild, Liam Tucker, and numerous other wonderful nieces, nephews, cousins, and close friends. Louie will, most definitely, be missed by all. However, his legacy regarding strength, hard work, and dedication will remain and live on, setting the bar, as the standard, for those who will later follow in his footsteps. Arrangements are under the direction of Harrod Brothers Funeral Home & Crematory.

The family of Louis "Louie" Webber Jr. created this Life Tributes page to make it easy to share your memories.