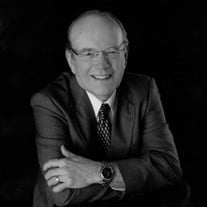 Maurice Ronald Christopher, 80, of Frankfort, Kentucky, passed away peacefully at home on May 19, 2021. Ron was born on May, 17, 1941, in Cairo, Illinois to the late Juletta Eaker and Maurice Christopher. He grew up in Somerset, Kentucky and then later, his family moved to Murray, Kentucky where he graduated from Murray High School in 1959. After attending Murray State University for two years, he graduated from the University of Kentucky in 1964. He then proudly graduated from UK College of Law and began his career as an attorney in Murray, Kentucky. He maintained a private law practice there until 1997. He then finished his legal career working for the Kentucky Department of Financial Institutions in Frankfort, Kentucky. Throughout his professional journey, Ron served as Assistant US Attorney, Commonwealth’s Attorney, County Attorney, Chair of Murray State Board of Regents, and served in Calloway County Chamber of Commerce, Rotary Club, and fifty years in the Kentucky Bar Association. In addition to his parents, he was preceded in death by his brother-in-law, Roger Little and step-son, Stephen Vannarsdall. He is survived by his wife, Wilma; daughters, Shannon Christopher, Kelsey Miller (Ben), Carroll Lane Parsons (Brad), Courtney Yezerski (John Eric); step-son, Ryan Vannarsdall (Kaylan); sisters, Camille Little and Cathy Christopher (Bill Brown). He is also survived by 14 grandchildren, Ella, Daisy, Leah, Lillianna, Bentley, Ellenie, Christopher, Connor, Vivien, Evan, James, Grant, Luke, and Bryce. Ron loved everything about Kentucky - the history, politics, landscape and horse racing. Most of all, he loved UK basketball and football and held season tickets for both for decades. When he wasn’t cheering on the Wildcats, he loved traveling, music, visiting with neighbors and attending First Christian Church. Above all, he cherished his family and friends. Services will be held at First Christian Church, Ann Street, on Monday, May 24, 2021, at 11:00 a.m. with Rev. Dr. John Opsata and Rev. Meredith Siler officiating. Burial will follow at Owenton Cemetery. The family will receive friends at Harrod Brothers Funeral Home from 4:00 p.m. until 7:00 p.m. on Sunday, May 23, 2021. Serving as pallbearers will be Ben Miller, Brad Parsons, John Eric Yezerski, Adam Slutsky, Ryan Vannarsdall, Travis Flora. Honorary pallbearers will be Bill Brown, Don Mills and Terry Shockley. In lieu of flowers, expressions of sympathy may be made to First Christian Church of Frankfort, Bluegrass Hospice Care, or the University of Kentucky Alzheimer’s Disease Center. Arrangements are under the direction of Harrod Brothers Funeral Home & Crematory.

Maurice Ronald Christopher, 80, of Frankfort, Kentucky, passed away peacefully at home on May 19, 2021. Ron was born on May, 17, 1941, in Cairo, Illinois to the late Juletta Eaker and Maurice Christopher. He grew up in Somerset, Kentucky and... View Obituary & Service Information

The family of M. Ronald Christopher created this Life Tributes page to make it easy to share your memories.