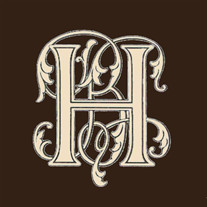 Frankfort – Mary Ann (Sorg) Hulette, age 86, passed away on Monday, October 11, 2021. A gathering of family and friends will be held at Harrod Brothers Funeral Home on Wednesday, October 13, 2021, from 1:00 p.m. until 3:00 p.m. Private graveside services will be held. Mary Ann was born in Frankfort Kentucky on February 23, 1935, to the late Raymond and Mary Lou Sorg. She was a registered nurse, working at Kings Daughters Hospital, and later co-owned Commercial and Industrial Services. She retired in December of 2018. In her spare time, she enjoyed gardening and spending time with her family. Mary Ann is survived by her son, Steve (Debbie), her grandchildren, McKenna Hulette and Seth Walker, her sister, Barbara Pospisil, and her brother, Dean Sorg (Kelly). Nieces and nephews include Michael Sorg, John Pospisil, Julie Owens, Derek Sorg, and Brandon Sorg. She was preceded in death by her parents, her brothers, David and Ray, and her daughter, Elizabeth. She will be remembered as a wonderful mother, grandmother and friend. In lieu of flowers, expressions of sympathy may be made to Franklin County Humane Society. Arrangements are under the direction of Harrod Brothers Funeral Home and Crematory.

The family of Mary Ann Hulette created this Life Tributes page to make it easy to share your memories.