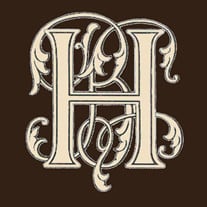 Frankfort – Mary Lou Monroe Meriwether, age 80, passed away at home Tuesday, October 9, 2018. Services will be held at Harrod Brothers Funeral Home, Friday, October 12, 2018, at 10:00 a.m. with Rev. Tom Denney officiating. Burial will follow at Bethel Cemetery. The family will receive friends at Harrod Brothers Funeral Home from 6:00 p.m. until 8:00 p.m. on Thursday, October 11, 2018. Mrs. Meriwether was born in Frankfort on June 9, 1938, to the late George W. and Cecil Webber Monroe. She was united in marriage to Gene Meriwether, who also preceded her in death. She was a member of Peaks Mill Baptist Church. As a homemaker, she was a loving wife, mother, grandmother, and sister. Mrs. Meriwether loved her family and was an example of strength throughout her entire life. She is survived by her children, David Gene Meriwether (Angie) and Rhonda Ray (Joe); brother, Ronnie Monroe (Mildred); and grandson, Tyler Ray. Serving as pallbearers will be David Gene Meriwether, Rhonda Ray, Tyler Ray, Bubby Monroe, Danny Driskell, and Elmer Grigsby. Honorary pallbearers will be Ronnie Monroe, Kenneth Driskell, Ralph Sandlin, Jeff Quarles and Joe Ray. In lieu of flowers, expressions of sympathy may be made to Bluegrass Hospice Care, 663 Teton Trail, Frankfort, Kentucky 40601. Arrangements are under the direction of Harrod Brothers Funeral Home.

The family of Mary Lou Meriwether created this Life Tributes page to make it easy to share your memories.