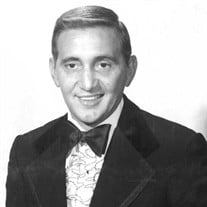 Frankfort – Retired Captain Norman Quincey Bryant, age 84, passed away Tuesday, August 11, 2020. Services will be held at Harrod Brothers Funeral Home on Friday, August 14, 2020, at 2:00 p.m. with Rev. Marian Taylor officiating, assisted by Rev. Steve Pace. Burial will follow at Frankfort Cemetery. The family will receive friends at Harrod Brothers Funeral Home from 12:00 p.m. until 2:00 p.m. service time on Friday. Fondly known as “Norm” and “Quince” to family and friends, Norman was born in Frankfort, Kentucky, on October 13, 1935, to the late Burt H. Bryant, Sr. and Susie Andoline Wainscott Bryant. He was an Honorable Veteran of the United States Marine Corps serving during the Korean Era. He graduated with honors of Kentucky State University, studying political science and history. Norm served as an Elder and Deacon at South Frankfort Presbyterian Church. In addition, he was a member of Frankfort Optimist Club. In 1958, he joined the Kentucky State Police as a Trooper working State Highway Patrol. During his time as a Trooper, he worked in the Crime Division, Department of Planning, Driver’s Testing, and Public Affairs. While at Kentucky State Police, he served as a Trooper, Sergeant, Lieutenant, and retired as a Captain. He also served as an Assistant Commander at the Kentucky State Police Academy, where he was asked to form the Kentucky State Police Honor Guard. His last assignment before retirement was as the Director of 911 for the State of Kentucky. As a written informational publication for law enforcement, he wrote “The Thin Grey Line.” After retirement, he joined the City of Frankfort as a Police Planner at the Frankfort Police Department. At this time, the City Manager requested his presence as the Director of 911 for Frankfort. Following his second retirement in 1997, he and his wife left for Florida, where they spent 22 years as “snowbirds.” In Florida, he was a member and Elder of Okeechobee Presbyterian Church. Norm enjoyed golfing, fishing, reading history, and spending time swimming in the pool. Together with his loving wife, they traveled Europe numerous times, as well as Mexico and other locations. He is survived by his beloved wife of 62 years, Delphia Kathryn Frye Bryant; daughter, Susan Bryant Gray (Michael), of Raleigh, North Carolina; grandchildren, Kathryn Addison Gray and Thomas Roth Gray, both of Raleigh, North Carolina; niece, Alice Ann Bryant; and nephew, Danny H. Bryant. In addition to his parents, he was preceded in death by his children, Patricia Jo Bryant and Thomas Allen Bryant; and siblings, Burt Bryant, Jr. and Thomas Shelby Bryant. Serving as pallbearers will be the Kentucky State Police Honor Guard. Live Streaming of the service will be available on Friday, at 2:00 p.m. via www.harrodbrothers.com/service-videos In lieu of flowers, expressions of sympathy may be made to the American Heart Association or Hospice of the Bluegrass. Arrangements are under the direction of Harrod Brothers Funeral Home & Crematory.

The family of Norman Quincey Bryant created this Life Tributes page to make it easy to share your memories.