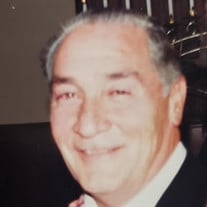 Frankfort – Norman Thomas Devers, age 74, passed away at home on Thursday, April 22, 2021. Services will be held at Harrod Brothers Funeral Home on Monday, May 3, 2021, at 1:00 p.m. with Rev. Jordan Allen officiating. Burial will follow at Sunset Memorial Gardens. The family will receive friends at Harrod Brothers Funeral Home from 11:00 a.m. until 1:00 p.m. on Monday, May 3, 2021. Mr. Devers was born in Georgetown, Kentucky on February 18, 1947, to the late Robert Morrison Devers, Sr., and Geneva McClain Devers. He retired from the Kentucky State Government Finance Cabinet. Mr. Devers was a member of Trinity Baptist Church, where he served as Treasurer. He also was a Kentucky Colonel and served as a Master HVAC Contractor and scuba diving instructor. He is survived by his loving wife, Wilma Ann Smith Devers; daughter, Lisa Darby (Brad Smither); sister, Katherine Wilson; grandchildren, Jessica Tillett and Katie Tillett; and great-grandchildren, Lucas Thompson and Noah Kays. He was also blessed with several nieces and nephews and his beloved canine companion, Lady. In addition to his parents, he was preceded in death by his brothers, Joe Douglas Devers and Robert M. Devers, Jr. Serving as pallbearers will be Brad Smither, Scottie Smither, Rob Devers, Mike Wilson, Ray Jacobs, and Roger Conway. The honorary pallbearer will be Lucas Thompson. In lieu of flowers, expressions of sympathy may be made to Trinity Baptist Church. Arrangements are under the direction of Harrod Brothers Funeral Home & Crematory.

The family of Norman T. Devers created this Life Tributes page to make it easy to share your memories.