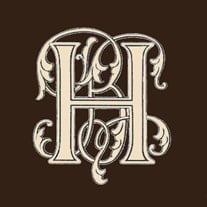 Richard Melvin “Mel” Fry passed away August 26, 2019 at the Hosparus unit of Norton Medical Pavilion in Louisville after a brief illness. He was 82. He was born on Feb. 28, 1937 to Waverly and Mildred Frances Rex Fry (known as “Monk” and “Sister” to many) in Portsmouth, Virginia. He was a 1954 graduate of Woodrow Wilson High School; a 1958 cum laude graduate of Asbury College with a B.A. in chemistry; and a UNC Chapel Hill graduate, earning a Masters in Public Health in 1963. He began working with the Kentucky Health Department as a chemist shortly afterward, eventually rising to lead the state Radiation Control Program. After retirement he was offered a position with North Carolina state government, and held a similar position in their Radiation Control Program. Mel was born into the Friends Church (Quaker), met and married a Methodist, and raised his children as Nazarenes. He met the love of his life, Judy Summers, at Asbury and they married in 1959. Along their journey together, they were members of or attended Frankfort’s Thornhill Baptist, Immanuel Baptist, and First Church of the Nazarene; he was a charter member of Capital Church of the Nazarene (now Cornerstone), which first met at the Old YMCA on Bridge Street in Frankfort. After moving to Raleigh, NC he helped start several Nazarene churches there, and was a long-time member of Penny Road Church of the Nazarene. In his retirement, Mel enjoyed traveling and seeing the world, first with Judy and more recently with his family or his “travel buddy” Pat Smith. He instilled in his family a love of travel and encouraged us all to see the world, to understand how beautiful it is and to approach our differences with love, joy, and acceptance. He is predeceased by his wife Julia Charlotte Summers Fry (“Judy”) and daughter Shari Fry Newman. He is survived by his brother Dr. Robert Fry; son Steve (Diana); son-in-law Harry Newman; grandchildren Charli (Jordan) Hensley, Drew Fry, and Ian Newman; and many nieces, nephews, cousins, and friends. The family is grateful for the care provided by Norton Hospital and Hosparus. A memorial service is being planned for the fall at Penny Road Church; donations in Mel’s memory may be made to Penny Road Church of the Nazarene, 8509 Penny Road, Raleigh, NC 27606.

The family of Richard Melvin Fry created this Life Tributes page to make it easy to share your memories.