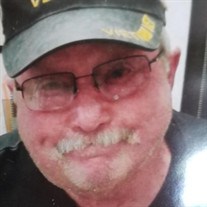 Ronald Layne Burgess of Frankfort, KY passed away suddenly at his home on Friday, June 18, 2021. Services will be held at Harrod Brothers Funeral Home on Wednesday, June 23, 2021, at 3:00 p.m. with Rev. Dr. John Opsata officiating. Burial will follow at Sunset Memorial Gardens. Visitation will be held at Harrod Brothers Funeral Home from 1:00 p.m. until 3:00 p.m. on Wednesday. Ron was born on December 12, 1942, in Carrollton, Kentucky to William W. and Catherine Hoskins Burgess. He was a 1961 graduate of Carrollton High School. He was a veteran of the U.S. Army having served two tours of duty in Vietnam with the Airborne Rangers. He received his bachelor degree in Criminal Justice from Eastern Kentucky University and a Master’s degree in Social Work from Xavier University in Cincinnati, Ohio. He served as Executive Director of the Northern Kentucky Crime Commission and later worked in the Kentucky Attorney General’s office as an investigator for the fraud division. Ron was an enthusiastic outdoorsman who loved hunting and fishing. He was also an avid University of Kentucky basketball fan. He is survived by his wife Betty Loman Burgess whom he married in 1989. He is also survived by his son Michael Burgess and his wife Nicole of Frankfort, his daughter Suzie Hosley and her husband, Luke, of Frankfort, and step-son Steve Taylor of Frankfort. He is also survived by grandchildren Jesse Taylor, Layla Taylor, Kaylee Burgess, Reese Michael Burgess, and Quinn Hosley, all of Frankfort. In addition, he is survived by a brother Sam Burgess of Carrollton, KY and nephews Mark Sawyer of Mullins, S.C. and Randy Sawyer of Charlottesville, VA. In addition to his parents, he was preceded in death by his sister Billie Burgess Sawyer, a nephew Carlton Sawyer Jr., and step-son Anthony Taylor. Serving as pall-bearers will be Michael Burgess, Steve Taylor, Jesse Taylor, John Romans, Christian Romans, and Mark Sawyer. Honorary pall-bearers will be Layla Taylor and Luke Hosley. In lieu of flowers, expressions of sympathy may be made to the Wounded Warrior Project. Arrangements are under the direction of Harrod Brothers Funeral Home & Crematory.

The family of Ronald Layne Burgess created this Life Tributes page to make it easy to share your memories.

Ronald Layne Burgess of Frankfort, KY passed away suddenly at...