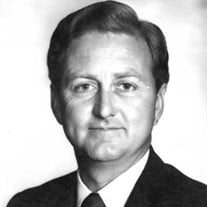 Frankfort, KY - Rev. Ted C. Wigglesworth, age 78, went to his eternal home with his Lord and Savior, Jesus Christ, on January 4, 2022. He passed away peacefully at home of kidney failure. He was born on August 17, 1943, in Frankfort, Kentucky to the late Alice Wingate Wigglesworth and the late Chester Wigglesworth. Ted graduated from Frankfort High School in 1961 after which he attended Georgetown College, Kentucky State University, Southern Baptist Seminary, and Boyce Bible College. He served in the Kentucky Army National Guard from 1964 until 1970. Ted worked for the United States Postal Service where he served as a mail carrier in Frankfort and Lexington, postal manager in Lexington, and postmaster of Jackson, Kentucky. In 1972, while carrying the mail in Frankfort, he rescued a woman from her burning apartment. He received a Superior Accomplishment Award from the Post Office Department of the United States for his brave act. Ted answered the Lord's call into the ministry in 1972 and was the pastor of Bethel Baptist Church until 1976. He then became founding pastor of North Frankfort Baptist Church. Ted later served as founding pastor of White Stone Baptist Church, Peaks Mill Baptist Church, and Cornerstone Baptist Church. Following the death of his father-in-law, Thomas C. Barnes, in 1995, Cornerstone Baptist Church merged with Bellepoint Community Church. Ted pastored there until his retirement in 2013. He was later honored as Pastor Emeritus of North Frankfort Baptist Church. Ted also led Sunday morning church services at Kentucky River Campground and provided weekly messages through various radio outlets. He founded the Ted C. Wigglesworth Evangelistic Association. He and several members of his extended family hosted events to preach the Gospel and provide music. The Lord blessed Ted with many talents and interests. There was not anything that he could not do - from drawing, painting signs, cutting firewood, plumbing, bricklaying, building log homes and decks, pressure washing, breeding and training Llewellin Setters, to playing the guitar, mandolin, and singing. Ted also had a tremendous love of the outdoors, deer and bird hunting, as well as fishing. Ted was diagnosed with pulmonary fibrosis and sold his beloved farm in Shelby County and his bird dog business, Houdini Kennels, and returned to Frankfort. After receiving a bilateral lung transplant in 2005, he continued to serve his Lord through ministry until his retirement as Pastor of Bellepoint Community Church in 2013. During his most recent hospital stay of 37 days, he was sure to ask everyone he met if they knew Jesus. Ted was a member of Bellepoint Community Church. Ted is survived by his precious wife of 56 years, Esther Barnes Wigglesworth; his beloved children David Wigglesworth (Andrea) of McKinney, Texas; Rebecca Stephens (Terry) of Frankfort; stepchildren Bradley Penn (Felicia) of Louisville and Adele Penn Rodgers (Davis) of Frankfort; brothers, Don Wigglesworth (Norma) of Frankfort and Ron Wigglesworth (Phyl) of Versailles; half-sister, Alice Ann Hudnall of Georgetown. He is also survived by his talented and smart grandchildren, Claire and John Carter Wigglesworth of McKinney, Texas; Jared and Jonah Stephens of Frankfort; step-grandchildren Ted Rodgers, Jennifer Shaw, Wesley Penn (Amanda), Dr. Aubrey Penn, and Mary Kate Valliere (Aric); 4 step great-grandchildren; his special sister and brother-in-law, Jerry and Etta Barnes Terrell; his sweet cousin, Carolyn Wagoner; and several nieces and nephews. He is already greatly missed by his dog, Darby. Serving as pallbearers for the service will be Jared Stephens, Jonah Stephens, John Carter Wigglesworth, Wesley Penn, Terry Stephens, Jay Hackett, and John Hackett. Services will be held at Harrod Brothers Funeral Home on Friday, January 7, 2022, at 1:00 p.m., with Rev. David Smith and Rev. Todd Lester officiating. Visitation will be held at Harrod Brothers Funeral Home on Thursday, January 6, 2022, from 5:00 p.m. until 7:00 p.m. and Friday, January 7, 2022, from 11:30 a.m. until 12:30 p.m. Burial will follow at Frankfort Cemetery. Flowers are welcomed, as well as donations to Adrian Roger's Love Worth Finding Ministries, PO Box 38300, Memphis, TN 38133. Arrangements are under the careful direction of Harrod Brothers Funeral Home & Crematory.

Frankfort, KY - Rev. Ted C. Wigglesworth, age 78, went to his eternal home with his Lord and Savior, Jesus Christ, on January 4, 2022. He passed away peacefully at home of kidney failure. He was born on August 17, 1943, in Frankfort, Kentucky... View Obituary & Service Information

The family of Ted C. Wigglesworth created this Life Tributes page to make it easy to share your memories.