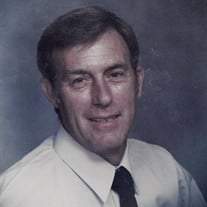 Frankfort – William David Stephens, age 78, went to be with his Lord and Savior, Jesus Christ, on Friday, September 6, 2019, after a short battle with cancer. Services will be held at Harrod Brothers Funeral Home on Thursday, September 12, 2019 at 1:00 p.m. with Bro. Gary Madden and Rev. Ted Wigglesworth officiating. Burial will follow at Sunset Memorial Gardens. The family will receive friends at Harrod Brothers Funeral Home from 5:00 p.m. until 8:00 p.m. on Wednesday, September 11, 2019, and from 12:00 p.m. until 1:00 p.m. service time on Thursday. Mr. Stephens was born in Elliot County, Kentucky, on June 2, 1941, to the late Wilson and Velearie Stephens. William married the love of his life, Isobell Adkins, on June 16, 1962, and later retired as a supervisor from Bendix. William was a member of Bellepoint Community Church. William’s green-thumb produced beautiful flowers, plants, and vegetables that he shared graciously with family and friends. He crafted lovely baskets and wells with his great woodworking skills. He also enjoyed watching all sports at all levels. He is survived by his three sons, Tommy David (Lisa), Mitchell Dale (Melinda), and Terry Dean (Becky); six grandchildren and eight great-grandchildren. He is also survived by his sister, Opal Howard; brothers, Ronnie (Kathy) and Jim (Linda) Stephens, all of Sandy Hook, Kentucky. In addition to his parents, he was preceded in death by his infant son, Randy Lynn; twin siblings, Edison and Edna; brothers, Denver, Dallas, and Wayne Stephens, and sister, Dora Turner, all of Sandy Hook, Kentucky. Serving as pallbearers will be his grandsons, Scotty, Roger, Matthew, Jared, and Jonah Stephens, alongside Trae Tillett. Honorary pallbearers will be his granddaughter, Mollie Stephens and brother-in-law, Kenny Adkins. In lieu of flowers, expressions of sympathy may be made to the American Cancer Society or Bluegrass Hospice Care, 663 Teton Trail, Frankfort, Kentucky 40601. Arrangements are under the careful direction of Harrod Brothers Funeral Home.

Frankfort &#8211; William David Stephens, age 78, went to be with his Lord and Savior, Jesus Christ, on Friday, September 6, 2019, after a short battle with cancer. Services will be held at Harrod Brothers Funeral Home on Thursday, September... View Obituary & Service Information

The family of William David Stephens created this Life Tributes page to make it easy to share your memories.

Frankfort – William David Stephens, age 78, went to be with his...