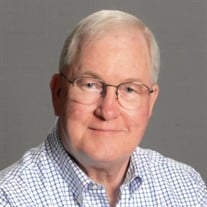 Frankfort - Following a hemorrhagic stroke and after bravely battling complications for 9 weeks, Bill Parrent passed peacefully from this life into the welcoming arms of Jesus on November 26, 2021. William Lloyd Parrent (79), husband of Sharon Burgin Parrent, was born on December 7, 1941, in Frankfort, Kentucky to the late Richard Henry and Anna Mae Parrent, the youngest of six children. A Frankfort boy through and through, Bill (Billy to those who knew him in his youth) was known for his athleticism growing up, having played baseball and basketball in both his early school years at Second Street and for Frankfort High School where he graduated in 1959. Also an avid bowler, Bill won many awards and appeared in the State Journal on several occasions for all three sports. After a brief stint at EKU on a basketball scholarship, he went on to work for the Commonwealth of Kentucky in 1961 as a tab equipment operator and helped usher in the technology age that led to a career as a computer programmer, retiring in 1995 from the Department of Information Systems after 35 years of service to the Commonwealth. In 1965, he married Sharon Burgin and they had one child, Sarah Melissa Parrent Sangster. Bill was a 40-year member of Memorial Baptist Church. He was also a member of BPOE Frankfort Lodge #530 where he could be found most weekdays from 11:30am until 1:30pm playing gin with the lunch bunch. In his spare time, he bowled in local leagues, played softball and golf, and eventually umpired softball for Frankfort Parks and Recreation for many years. He also loved to "play the ponies" at Keeneland and Churchill Downs. Each year from 1971- 2001, Bill took a week's vacation to volunteer for the Kentucky Bar Association's Annual Convention where Sharon worked. Bill just enjoyed people, never met a stranger, and always had a smile on his face. No matter where he traveled, foreign or domestic, he saw someone he knew at most every destination, no kidding. Bill is survived by his wife of 56 years, Sharon, his daughter Melissa Sangster, son-in-law Nathan Sangster, and two grandchildren whom he highly favored, Ruth Elizabeth (Ruthie) and Nathanael William. He is also survived by several nieces and nephews. In addition to his parents, he was preceded in death by five siblings: brothers Richard Clay and Jack T. Parrent, and sisters Wanda Games, Ellis Mae Catlett and Eleanor Estill. Above all Bill is remembered as a loving and kind husband, father, Papa to Ruthie and Nathanael, and a faithful friend to many. Knowing in his final days he had Jesus, he said that everybody needs Jesus. A Celebration of Life will be held at Harrod Brothers Funeral Home on Tuesday, December 7, 2021, with Rev. Mike Colston officiating. A gathering for family and friends will be held from 11:00 a.m. until 1:00 p.m. service time on Tuesday. In lieu of flowers, please consider contributions in Bill’s memory to Memorial Baptist Church, 130 Holmes Street, Frankfort, KY 40601, or Bluegrass Care Navigators, 1783 Harrodsburg Rd., Lexington, KY 40504. The family expresses sincere appreciation to the medical and care teams at UK Chandler Medical Center Stroke Unit, the Internal Medicine Unit and to the medical and volunteer teams at the Hospice Care Center at UK Healthcare for their compassionate care of Bill and his family during such a difficult time. Arrangements are under the direction of Harrod Brothers Funeral Home & Crematory.

The family of Bill Parrent created this Life Tributes page to make it easy to share your memories.

Frankfort - Following a hemorrhagic stroke and after bravely...