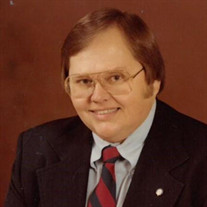 Frankfort – Clyde P. Baldwin, P.E., age 80, passed away Thursday, December 9, 2021. Private visitation and private services will be held. Mr. Baldwin was born in Frankfort, on March 30, 1941, to the late Clyde M. Baldwin and M. Clellan Parris Baldwin. He was united in marriage to his wife of 60 years, Jo Anne Booth Baldwin. He started shining shoes and clerking in a men’s clothing store. A 1965 and 1968 graduate of University of Kentucky, Clyde received both his bachelor of Science in Civil Engineering and Master of Science in Environmental Engineering. After college, he continued his education at Manhattan College where he studied during a Summer Seminar on Biological Waste Treatment in 1972. From 1966 until 1994, when he retired after 37 years with state government, he served as a Branch Manager and Chief Environment and Principal Environment (Sanitary) Engineer for the Kentucky State Government Division of Water, Department of Environmental Protection, Natural Resources, and Environmental Protection Cabinet. In 1984, alongside his wife, Joey, Clyde began owning and operating Agreeable Acres Farm in Shelby County, and continued for 12 years. Between the years of 1994 and 2000, he acted as an independent consultant for engineering services. Clyde was a member of the National Society of Professional Engineers, as well as served as the National Director from 1992-1995. In addition, he served many titles in the Kentucky Society of Professional Engineers, including State President, State Secretary, and State Treasurer. He served as chair of Kentucky State Board of Licensure for Engineers and Land Surveyors. His community involvement also includes being member of the Farmers Bank and Trust Board of Directors, American Academy of Environmental Engineers, Water Pollution Control Federation – International Board of Control; Frankfort Electrical and Water Plant Board Vice Chairman, Kentucky Beef Cattle Association, President of Franklin County U.K. Alumni Association, and life member, of UK Alumni Association, Delta Tau Delta Social Fraternity, and many other local and state organizations. He was honored with the S. Leary Jones Award, Hall of Fame during 1995, Distinguished Service Award, Kentucky Society of Professional Engineers in 1994, Outstanding Engineer in Government in 1987, Outstanding Merit Employee, Department for Natural Resources and Environmental Protection in 1977 during these Governor’s Conference on Environment as well as the Who’s Who in Government, Third Edition, Who’s Who in Kentucky, 1974, and Who’s Who in South and Southwest, during the years of 1978, 1979, 1980, 1981, 1982, 1983, and 1984. It goes without saying that he was a devoted University of Kentucky Wildcat fan, especially basketball. He is survived by his wife, Jo Anne “Joey” Baldwin; children, C. Ray Baldwin, of Frankfort, and A. Doug Baldwin, of Lexington; sister, Betty Lois Feamster, and four beloved grandchildren, Steven, Sarah, Will, and Carrie, and four great-granddaughters. In addition to his parents, he was preceded in death by his brothers, David S. Baldwin and D. “Woody” Baldwin. Serving as pallbearers will be Kenny Stiles, Bill Pennington, Brent Baldwin, Bart Baldwin, Shelby Jett, and Warner Caines. Honorary pallbearers will be his grandchildren along with, E. Bruce Dungan, Ron Lovan, Joe McManis, and R. Bruce Scott. In lieu of flowers, expressions of sympathy may be made to the Kentucky Engineering Foundation, c/o KSPE 160 Democrat Drive, Frankfort, Kentucky 40601, the Franklin County Humane Society, 1041 Kentucky Ave, Frankfort, Kentucky 40601, or the Capital City Museum, 325 Ann Street, Frankfort, Kentucky 40601. Arrangements are under the direction of Harrod Brothers Funeral Home.

The family of Clyde P. Baldwin, P.E. created this Life Tributes page to make it easy to share your memories.