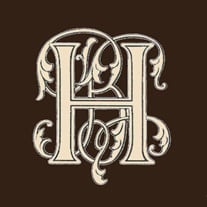 Duane V. Ellis, 84, went to heaven on Saturday, September 18, 2021. Buddy, as he was fondly called by his family, was born in Frankfort and lived here his whole life, graduating from Elkhorn High School in 1955 and the University of Kentucky in 1959. An avid UK fan, he spent many, many hours cheering on and talking about his beloved Wildcats. He loved sports, coaching his son in both baseball and basketball, and could be found most afternoons after work acting as the designated pitcher for the neighborhood children’s softball games. He always made time to be with, help, and just enjoy others. Duane was a U.S. Army veteran and worked his whole career in the Kentucky Transportation Cabinet, retiring as the director of the Division of Accounts in 1987. He belonged to a number of organizations including KPR (Kentucky Public Retirees), the Elkhorn Alumni Association, and Rotary. A member since 1974, he never missed a weekly Rotary meeting until his health failed shortly before his death. He was always involved in his community, lending a hand wherever he could, and worked for several years as the County Treasurer after he retired. In addition, he worked hard helping to start up the Soup Kitchen and served as its first Executive Director. He was also involved in establishing the Thornhill Learning Center and served on its Board for years. Duane was very active in his church as well. He taught Sunday School for over 60 years and served as both a deacon and the church treasurer for much of that time. It was always very important to him to volunteer and help out whenever possible. He was preceded in death by his parents, James and Lorena Ellis. He is survived by his wife, Marie; his sons Kent (Kim) and Robin (Stacey); his grandchildren Kristen and Noah; his brothers Jim (Linda) and Larry (Wanda); and his nephews, nieces, great-nephews, and great-nieces. An End of Life Celebration will be held at a later date. In lieu of flowers, expressions of sympathy may be made to Bluegrass Care Navigators. Arrangements are under the direction of Harrod Brothers Funeral Home & Crematory.

Duane V. Ellis, 84, went to heaven on Saturday, September 18, 2021. Buddy, as he was fondly called by his family, was born in Frankfort and lived here his whole life, graduating from Elkhorn High School in 1955 and the University of Kentucky... View Obituary & Service Information

The family of Duane Ellis created this Life Tributes page to make it easy to share your memories.