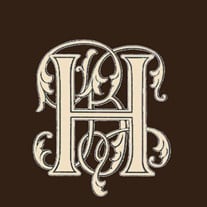 Frankfort - James Arthur Bailey, age 90, passed away Sunday, August 8, 2021 at home. Services will be held at Harrod Brothers Funeral Home on Friday, August 13, 2021 at 11:00 a.m. with Dr. Jack Brewer officiating. Burial will follow at the Frankfort Cemetery. Visitation will be held Thursday, August 12, 2021 from 5:00 p.m. until 8:00 p.m. Masonic Funeral Rites will be held at 6:45 p.m. with open lodge beginning at 6:30 p.m. Military Honors will be observed at the gravesite by the VFW Post 4075 Honor Guard. James was born in Betsy Layne, Kentucky on March 17, 1931 to the late Mart V. and Maggie Wallace Bailey. He retired from the Kentucky Supreme Court where he worked as a legal counsel. James was also a proud United States Army Veteran and served in the Counterintelligence Corps CIC. Mr. Bailey was a member of First United Methodist Church. James was a 33rd degree and 50-year Mason. He was a member of multiple lodges, including Thomas C. Cecil #375 in Pikeville, W.G. Simpson #472 in Monterey, and Hiram Lodge #4 F&AM in Frankfort. Mr. Bailey was a member of Scottish Rite Valley of Louisville and St. George #239. James was also a member of Odd Fellows Capital Lodge #6 in Frankfort. He was a member of the El Hasa Shriners in Ashland, Oleika Shriners in Lexington, and the Kosair Shiners in Louisville. He was also a member of the American Legion, Kentucky Bar Association, and served as an assistant Scout Master for the Boy Scouts of America. He is survived by his sons, James B. Bailey (Tina) and Rick Bailey; grandson, Jimmy Bailey; and one great niece Megan Schimpler (Brian). In addition to his parents, he is preceded in death by his wife, Naomi Elizabeth Prater Bailey. Serving as pallbearers will be Rick Bailey, Jamie Bailey, Jimmy Bailey, Brian Schimpler, William “Bill” Grayson, and Rusty Lewis III. Arrangements are under the direction of Harrod Brothers Funeral Home & Crematory.

The family of James A. Bailey created this Life Tributes page to make it easy to share your memories.