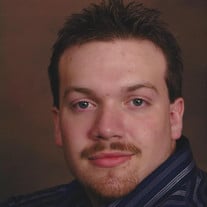 Zachary Thomas Trette, 29, much loved eldest son of Frank E and Sally Clark Trette arrived on October 20th, 1991, in Austin, TX and left us suddenly due to unexpected natural causes on December 30th, 2020. Zachary is survived by his parents, Frank E and Sally Clark Trette of Royse City, TX; his siblings Clayton Samuel Trette of Cincinnati, OH, Evelyn Sayre Koger (Justin) of Fort Worth, TX, Olivia Sheridan Trette of Rockwall, TX, and Matthew Albert Trette of Roswell, GA; grandparents, Marilyn Lacy Clark and the late Lowell W. Clark of Frankfort, KY, the late Albert C. and Margaret Trette of Concord, CA; uncles Michael Warren Clark of Frankfort, KY, Lowell Thomas Clark (Mark Lyons) of Chicago, IL, Albert Cuthbert Trette (Sharon) of Pleasant Hill, CA and many other loving family members. Zach was an avid reader and music lover. To describe Zach as a book lover is an understatement. He attended many book releases, read and reread multiple book series, won awards and was given pre-release book copies from the local bookstore for being a #1 customer. He became a published poet in 5th grade (2003) when his art teacher recognized his potential and submitted his poem “Butterflies dance…” that was ultimately chosen to be published by the Poetry Council of North Carolina. Zach enjoyed making a joyful noise whether it was playing handbells or singing at church throughout his life. Zach attended numerous church mission trips, church camp stays at Camp Calvary in Mackville, KY and was baptized July 1st, 2001 at Peaks Mill Christian Church by his dad. He had a strong and personal faith and we are confident he is in his heavenly home now. Zach’s love of acting began early with many roles in church and community theater including winning his first role with Missoula Children’s Theatre in Dublin, GA in 1998. He was also cast in Our Town as Joe Crowell, Jr. in the Foothills Arts Council production in Elkin, NC. His dramatic roles continued into his teens when he was a member of the first Royse City High School One Act Play troupe to advance to the state level competition, where he starred in The White Rose. He had other early interests that included taekwondo and fencing, where he competed at a high school level as a 6th grader. His high school interests were diverse and included speech and debate, culinary arts, and tennis. He loved history and mathematics and graduated from Royse City High School in 2010 at the top of his class. Zach attended Centre College in Danville, KY on both academic and theater scholarships. He formed close friendships with both students and professors. His four years at Centre allowed him to continue to study an array of subjects including Japanese and robotics, and he had multiple theater roles with his final role as a senior in Macbeth. He traveled abroad during Centre Term to Great Britain and enjoyed many Shakespeare productions. During college, he was a member of the Association for Computing Machinery competitive coding team and competed at the regional level. Additionally, he created the Perryville Civil War Battlefield Casualty Database for the Kentucky Historical Society using his extensive computer science skills. He graduated in 2014 with a Bachelor of Science in Computer Science and a Bachelor of Science in Dramatic Arts. After graduating, Zach moved to Madison, WI where he worked for Epic Systems and Metcalfe’s. In 2019 he returned to Kentucky and enjoyed his work at Keeneland. Beyond books, he loved sushi, pizza with extra sauce, video gaming, animated movies, cooking, and anime. Many Friday nights he could be found playing Magic: The Gathering with a group of friends. He loved strategic games and puzzles. He was quiet and enjoyed solitude, continued to write poetry, and invented many games and stories. He was gentle but gave great bear hugs and had an infectious laugh. Zach was reserved but intentional with his words, so kind, caring, and accepting to all of those around him. He loved his family and will be deeply missed. A celebration of life for Zachary will be held at Peaks Mill Christian Church on Thursday, January 7th, 2021, at 11:00 a.m. with Rev. Ronnie McKinney officiating. Burial will follow at Peaks Mill Christian Church Cemetery. Visitation will be held at Peaks Mill Christian Church from 10:00 a.m. until 11:00 a.m. service time on Thursday. In lieu of flowers, a tribute may be made in Zachary’s honor to Centre College at 600 W Walnut St. Danville, KY 40422-1394 or at gifts.centre.edu. Arrangements are under the direction of Harrod Brothers Funeral Home & Crematory.

Zachary Thomas Trette, 29, much loved eldest son of Frank E and Sally Clark Trette arrived on October 20th, 1991, in Austin, TX and left us suddenly due to unexpected natural causes on December 30th, 2020. Zachary is survived by his parents,... View Obituary & Service Information

The family of Zachary Thomas Trette created this Life Tributes page to make it easy to share your memories.