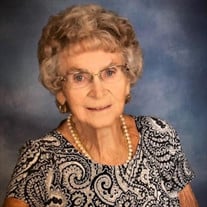 Frankfort - Patricia Kennedy Nicol, M.D., 93 years old, died peacefully surrounded by her family, in Frankfort, Kentucky on July 11, 2021. She was a loving mother, daughter and wife. She was married to Alan Hugh Nicol, IV for 10 and one-half years. Born June 27, 1928, to Edwin Michael and Rosalie Wempe Kennedy in Louisville Kentucky, she was their only child. She graduated from Presentation Academy and subsequently earned her Bachelors of Science degree in 1947, followed by a Doctorate of Medicine 1952, from the University of Louisville. Following her graduation in 1952, her early career was spent as the Health Officer for Harlan County and later Hardin County. She then returned to the University of California Berkley, where she earned her Master’s in Public Health. Following the unexpected death of her husband, she became the Director of the Division of Medical Care of the Kentucky Department of Health Services and was instrumental in establishing Kentucky’s Medicaid System in 1972. While raising successful children, the remainder of her career was spent caring for the mothers and children of Kentucky. In 1974, she was appointed as the Director of the Division of Maternal and Child Health of the Kentucky Department of Health and held that position until her retirement in 1994. She oversaw a number of programs and studies allowing newborn screens, the establishment of the Sudden Infant Death Syndrome Program and early screening programs for the diagnosis and treatment for infants and children. As a member of the Kentucky Medical Association, she served for many years as its public health liaison. She was a member of the Franklin County Medical Society and the Kentucky Public Health Association, and was its president in 1978. She served on the Board of Trustees for the Frankfort Regional Hospital, and was president twice. She is the recipient of the Lifetime Achievement Award of the Kentucky Perinatal Association and the Kentucky Medical Association 1994 Annual Meeting Tribute. Additional Awards include the U.S. Public Health Service for distinguished service and leadership on behalf of Mothers and Children; the American Academy of Pediatrics 1993 Child Health Advocate Award; The U.S Public Health Hall of Fame and one she is most proud of – being a Kentucky Colonel given by the state of Kentucky to individuals noted for their public service and their work for the advancement of Kentucky. She is survived by her children Gary Conlan, James Conlan (Teri), Kathleen Metzger (Michael), Alan Nicol V (Sabrina), Sean Nicol (Celeste) and Scott Nicol (Natasha). Her grandchildren include Shawna Conlan, Patrick Nicol, Megan Nicol, Alan Nicol VI, Aidan Nicol, Andrew Nicol and Trevor Nicol. She was a member of the Good Shepherd Catholic Church, where she served as a Eucharistic Minister and participated on several committees. A Mass of Christian Burial will be held on Friday, July 16, 2021, at 10:00 a.m. with Father John Lijana officiating. Committal services will be held at St. Michael Catholic Cemetery in Louisville, Kentucky, at 1:30 p.m. on Friday. Visitation will be held at Harrod Brothers Funeral Home from 4:00 p.m. until 6:00 p.m. on Thursday, July 15, 2021. In lieu of flowers, expressions of sympathy may be made to Good Shepherd Catholic Church or the St. Vincent de Paul Society. Arrangements are under the direction of Harrod Brothers Funeral Home & Crematory.

Frankfort - Patricia Kennedy Nicol, M.D., 93 years old, died peacefully surrounded by her family, in Frankfort, Kentucky on July 11, 2021. She was a loving mother, daughter and wife. She was married to Alan Hugh Nicol, IV for 10 and one-half... View Obituary & Service Information

The family of Patricia K. Nicol M.D. created this Life Tributes page to make it easy to share your memories.